As the royal family’s crisis escalates, Charlie has his own struggles to deal with. The weight of the world now rests on his shoulders and although he is physically capable of shouldering the burden in his emergent form, his ability to control the bestial urges that accompany his newfound power might be another story. 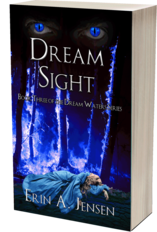 Damn the boundaries. Damn the innocents. All the rules have changed.

The clock is ticking for Emma Talbot—if her dormant memories don’t resurface soon, her past will be forever lost to her—but that’s the least of her worries. Abducted from her home by her husband’s worst enemy, Emma is running out of time in more ways than one.

No longer bound by any limits—moral or physical—the Dragon King sets off on a rampage to discover the whereabouts of his missing wife and retrieve her from the monster who took her. And any creature who is fool enough to stand in his way may well condemn himself to a fate worse than death.

Haunted by memories of the events that led to her admission, Emma plans to end her life the first chance she gets. But something about Charlie stops her. From the moment they shake hands, his friendship feels safe and familiar. As Emma begins to let down her guard, Charlie catches a glimpse of the fiery-eyed dragon that lurks behind her Dream form. Each night, as Emma dreams of the man who’s been banned from visiting, Charlie searches the Dream World for the monster that shadows her. But when Emma’s suppressed memories begin to surface, Charlie finds more monsters than he bargained for. 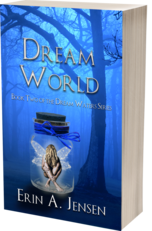 You waded into the Waters and caught a glimpse of the Dream World.
Now immerse yourself and discover what lies beyond the trees.

Recently released from a psychiatric facility after learning that his Dream Sight is not a delusion but a gift, Charlie Oliver sets off to accept an invitation extended by a powerful Dark creature and potential mentor to join his “family” of Sighted individuals. As his demon guides begin to instruct him, Charlie quickly discovers just how little he actually knows about the Dream World and the creatures who inhabit it.

While Charlie stumbles through his lessons and struggles to harness his natural abilities, Emma Talbot has her own struggles to deal with now that she’s been taken from the facility and placed under house arrest.

Meanwhile, as Godric awaits the King’s next move in seclusion, his thoughts become consumed by the events that robbed him of everything that was his by birthright.

With both sides looking to the past—as they advance toward the fight ahead—the lines between right and wrong begin to blur, perhaps to the point that some will find themselves questioning where to stand when the past and present collide...

The Dream World is at war, and no corner will be left untouched as the two most powerful dragons in existence vie for the throne…

Hell-bent on crushing the rebellion led by the monster who abducted his wife, the Dragon King plans to flush Godric out of hiding by sending a team of warriors deep into the Dark Forest and the wasteland beyond. As one of the trusted few chosen for this mission, Charlie will need to harness all the power he possesses before facing the dangers ahead. But first, he must learn to control the rage that envelopes him whenever his bestial instincts emerge. Frustrated to be left behind when Charlie sets off on the mission, and anxious to do her part to restore peace to Draumer, Emma jumps at the opportunity to help garner support from an allied kingdom. There, she’ll get her first glimpse at the path she’d been destined to take and the realm she was meant to rule. 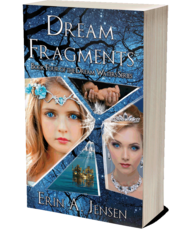 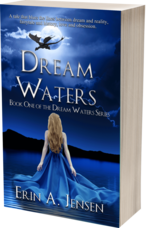 Imprisoned within the same walls as the man she suspects of being an adulterer and a murderer, Emma grows weaker while her world continues to crumble around her.

As Charlie begins to tap into his dormant instincts, he learns more about Emma’s past and becomes increasingly convinced that he needs to save her. But what if the very prison that binds her is the only thing protecting her from what lurks beyond?

A contemporary fantasy that blurs the lines between dream and reality, fairy tale and history, love and obsession, Dream Waters is the first book in the Dream Waters series.

All his life, Charlie Oliver has watched the people around him morph into creatures that no one else sees. Unlike the rest of the world, Charlie remembers the Waters that transport him to the Dream World each night. And he sees glimpses of people’s Dream forms in the waking world. Condemned to spend his waking hours in a psychiatric facility because of his Dream Sight, Charlie doesn’t expect anything to change. But everything starts changing the day Emma Talbot walks through the door in the middle of a group therapy session.